For the first time ever recorded, the U.S. has had five straight years with at least ten billion-dollar climate disasters https://t.co/m3RgNtf1Ee #climatematters pic.twitter.com/tvWrIo9rHs

NOAA counts up the number of disasters that cause more than a bilion $ in damage, and then presents that simple count as a time series.

That count has shown an increase since 1980, when NOAA begins its tally.

Must be climate change, right? ...

So when this was pointed out to them, the adjusting of past losses for inflation led to NOAA quietly adding 19 new events to their dataset

But it's not just inflation

So a 1980 event that caused, say $950m in inflation-adjusted losses, would certainly cause > $1B today

But it is not included 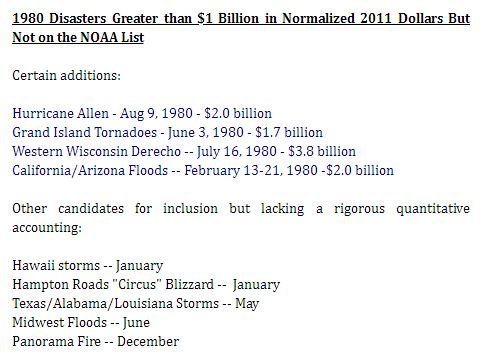 Obviously a simple count of losses above a threshold is problematic because loss potentials change over time.

So why not just present total economic losses, with no threshold?

Here then is total US "Hazard Losses" (from Sheldus/ASU) presented as a percentage of US GDP (via OMB) for 1980-2016 (bounded by NOAA start, Sheldus end). 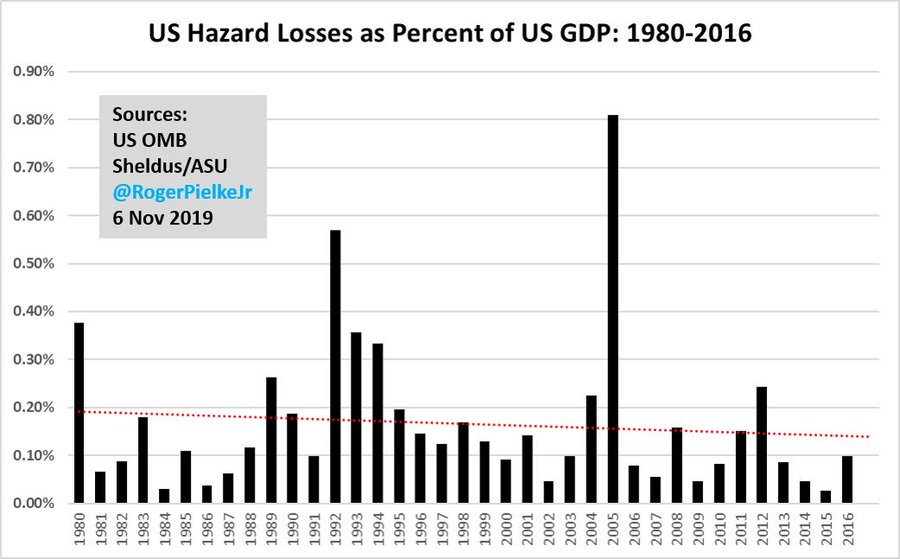 The lack of any upward trend is notable

Compare to NOAA over same period 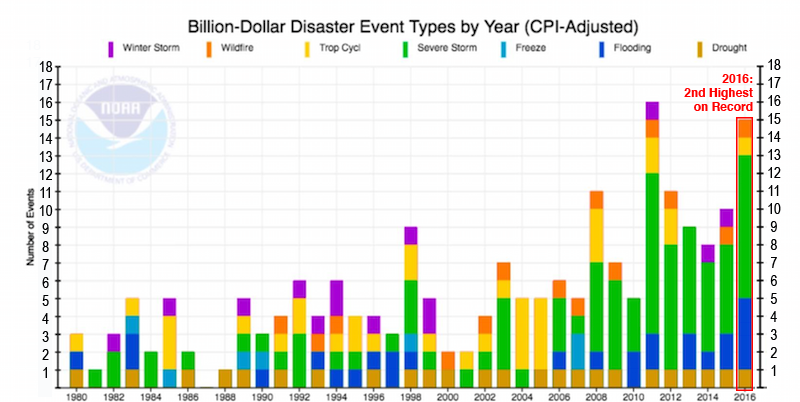 So when we raised these issues back in the day, NOAA held a workshop & published a paper

"It is difficult to attribute any part of the trends in losses to climate variations or change, especially in the case of billion-dollar disasters"

Despite all this, the billion dollar disaster time series lives on as zombie science.

It is simple, seems to fit a narrative, and utterly misleading.

So to help protect you from this particular zombie, I have prepared the attached graph to deploy when it attacks!