This time I check out the facts on Anthropogenic Global Warming.

Dr James Croll published a book in 1889. It was a reply to critics of a book he wrote in 1885 or before. From page 60 in “Discussions on Climate and Cosmology,” => See photo. His Distribution of Heat on the Surface of the Globe, according to “Dove” was seen in the photo below. From that data, I calculated a GLOBAL AIR TEMPERATURE of 58.225 degrees Fahrenheit. Or about 14.6 degrees Celsius.

Now turning to this website, “They depict how much various regions of the world have warmed or cooled when compared with a base period of 1951-1980. (The global mean surface air temperature for that period was estimated to be 14°C (57°F), with an uncertainty of several tenths of a degree.) In other words, the maps show how much warmer or colder a region is compared to the norm for that region from 1951-1980.” https://earthobservatory.nasa.gov/wor.../global-temperatures

For agreements sake, let us agree that the 2020 GAT is 15 degrees Celsius or 59.0 degrees Fahrenheit. What we cannot agree on is the adjusted temperature in the past. Skeptics maintain that Climate Scientists have cooled the past global temperatures. But let’s not bicker about that here, nor there.

What we can agree on is that a NORMAL GAT distribution between 14.6 and 15 degrees Celsius is possible. We can agree that the Earth Observatory’s GAT is NOT a normal temperature distribution. Therefore we can make no conclusion about the current Trend of warming/cooling temperature because it may fall well within a given NORMAL distribution of GAT. In other words, global warming has been concocted to reflect warming ocean temperatures er the last 150 years. That land based temperatures are heavily influenced by changes in increasing ocean temperatures surprises no one here. The fact that Global Warming is much more than much ado about nothing surprises us Skeptics. 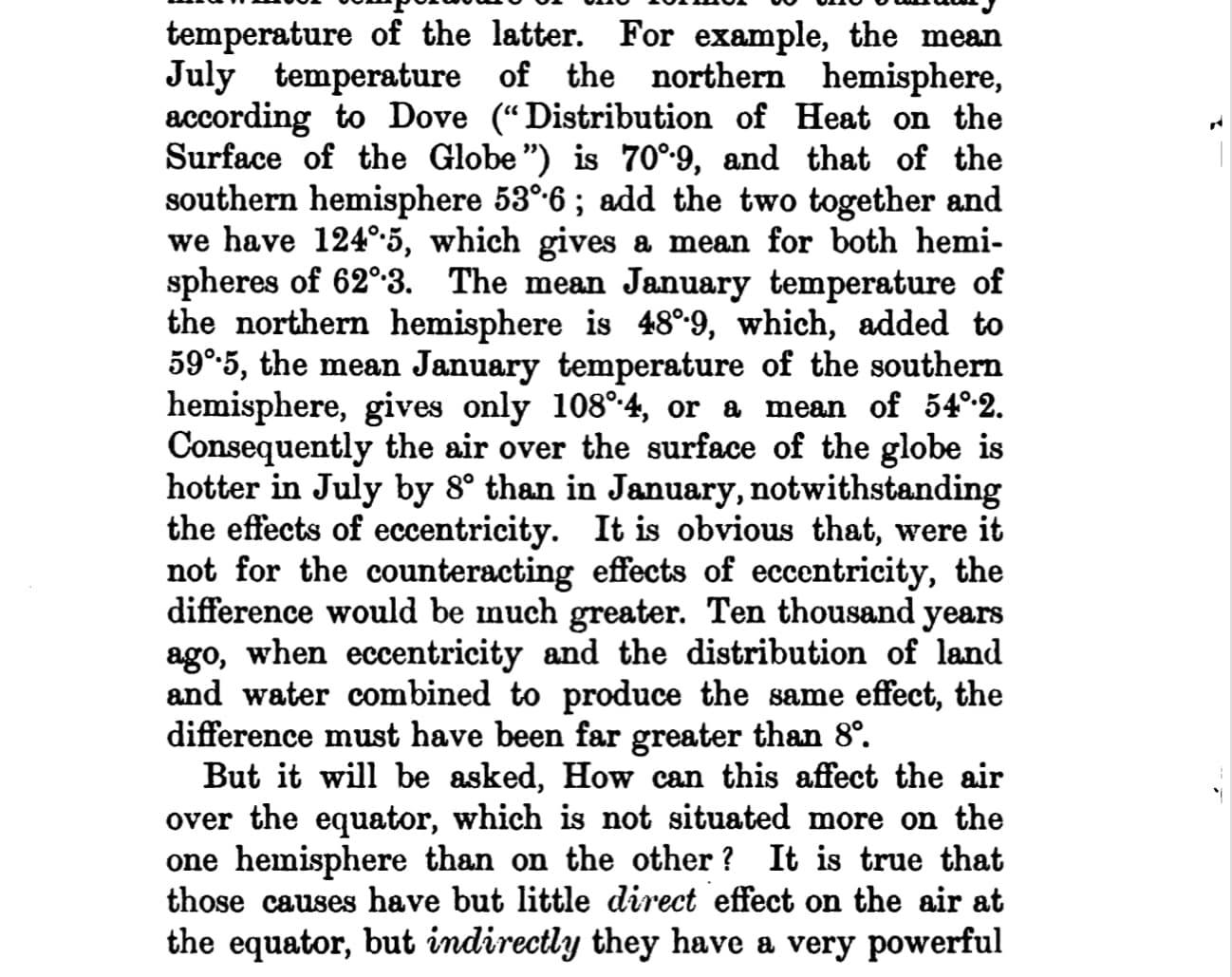 Distribution of Heat upon the Surface of the Globe was written in 1853. Boys, would I love to see the data.
The distribution of heat over the surface of the globe : illustrated by isothermal thermic isabnormal and other curves of temperature
Author: Heinrich Wilhelm Dove
Publisher: London : Taylor and Francis for the British Association for the Advancement of Science, 1853.
Series: Landmarks of science.
Edition/Format: Book Microform : Micro-opaque : EnglishView all editions and formats
Posted by mark4asp at 04:49