Hansen Against the World

The interesting thing is not that Hansen’s ‘detection’ science was rubbish — that was known at the time, and everyone, including the authors of the IPCC detection chapter (Wigley, Barnett), publicly said so at the time. 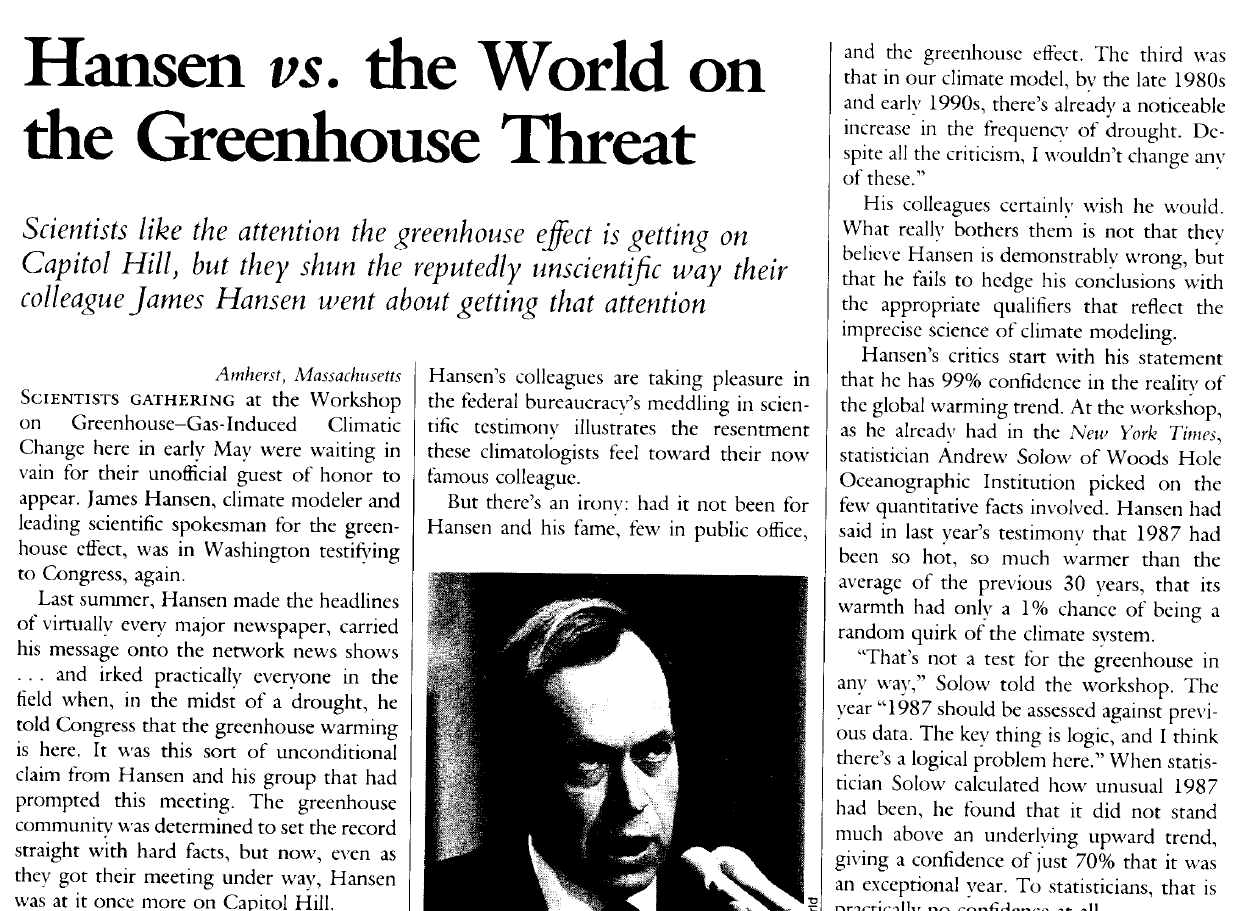 No, what is interesting is how that did not matter. At the very beginning of the climate policy push, already the science did not matter. More important for the rest of us outside the USA was what happened today 30 years ago, when the Toronto conference statement was released, opening with:

Humanity is conducting an unintended, uncontrolled, globally pervasive experiment whose ultimate consequences could be second only to a global nuclear war.

At that meeting John Houghton and John Zillman from the IPCC protested at its outrageous claims. That did not matter. The science never mattered. The funding for science kept coming. The science did not matter. Why? And what does this mean about the role of science in society?

Berie's book is here: Searching for the Catastrophe Signal: The Origins of The Intergovernmental Panel on Climate Change