Anthropogenic greenhouse gas emissions have increased summer temperatures in Spain by nearly one degree Celsius on average between 1980 and 2015.

We analysed a dataset from 47 major cities in Spain for the summer months between 1980 and 2015, which included daily temperatures and 554,491 deaths from circulatory and respiratory causes, by sex.

Despite the summer warming observed in Spain between 1980 and 2015, the decline in the vulnerability of the population has contributed to a general downward trend in overall heat-attributable mortality. 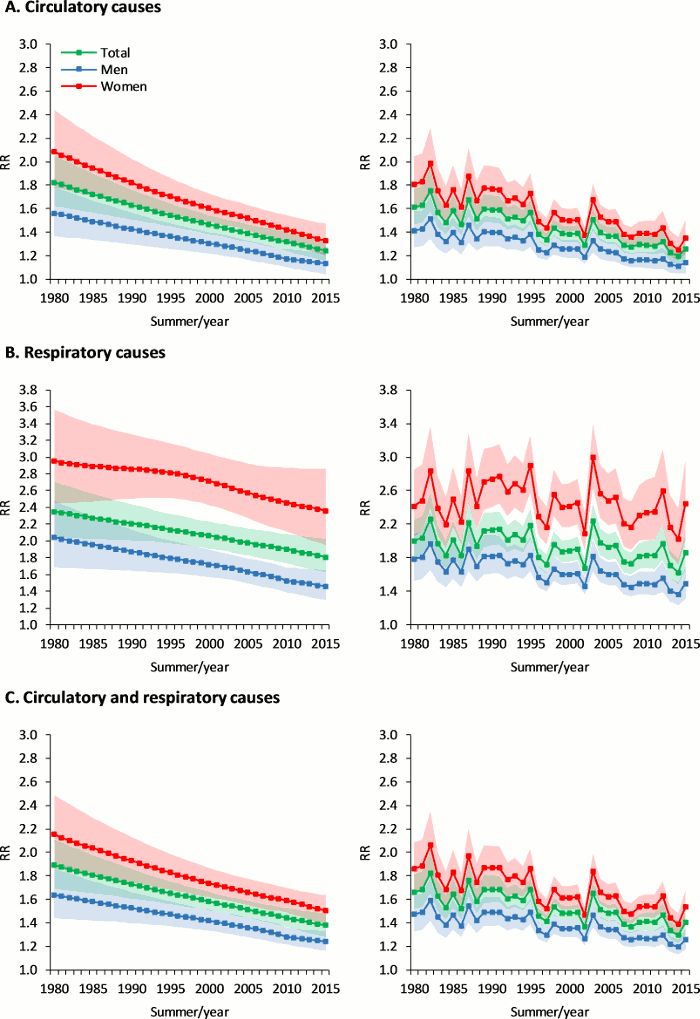