The, so-called, climate consensus say people cause climate change. This self-styled consensus say that 90% of modern climate change is caused by humanity. Mainly by burning, carbon-based, fossil fuels to make carbon dioxide gas which remains in the atmosphere for centuries (according to them). That this carbon dioxide, a so-called greenhouse gas, warms the atmosphere by 'trapping heat', slowing the release of infrared energy to space; which they call the greenhouse gas effect, GHGE. According to their theory and model, an imbalance in radiation in and out of the earth causes climate change. The climate consensus say earth absorbs more radiation than it emits.

There is a universal consensus on the main mechanism for earth's warming (it is the sun); and the main mechanism for earth's cooling (loss of outgoing longwave radiation, OLR, to space). When the balance is in favour of the sun (more sun in than OLR out) earth warms. When the balance is the other way - more OLR out than sun in - earth cools. There is no balance, as such, earth is always warming or cooling; but so slowly it's fooled people into thinking the climate is in balance; AKA in equilibrium.

Recent research shows since 1985 there has, indeed, been a radiative imbalance; but the imbalance is in exactly the wrong direction for the climate consensus. Research shows earth cooling, not warming. There is an imbalance between earth's energy in (due to solar warming) and energy out, due to OLR. OLR has increased in the last 33 years. This means earth is cooling. 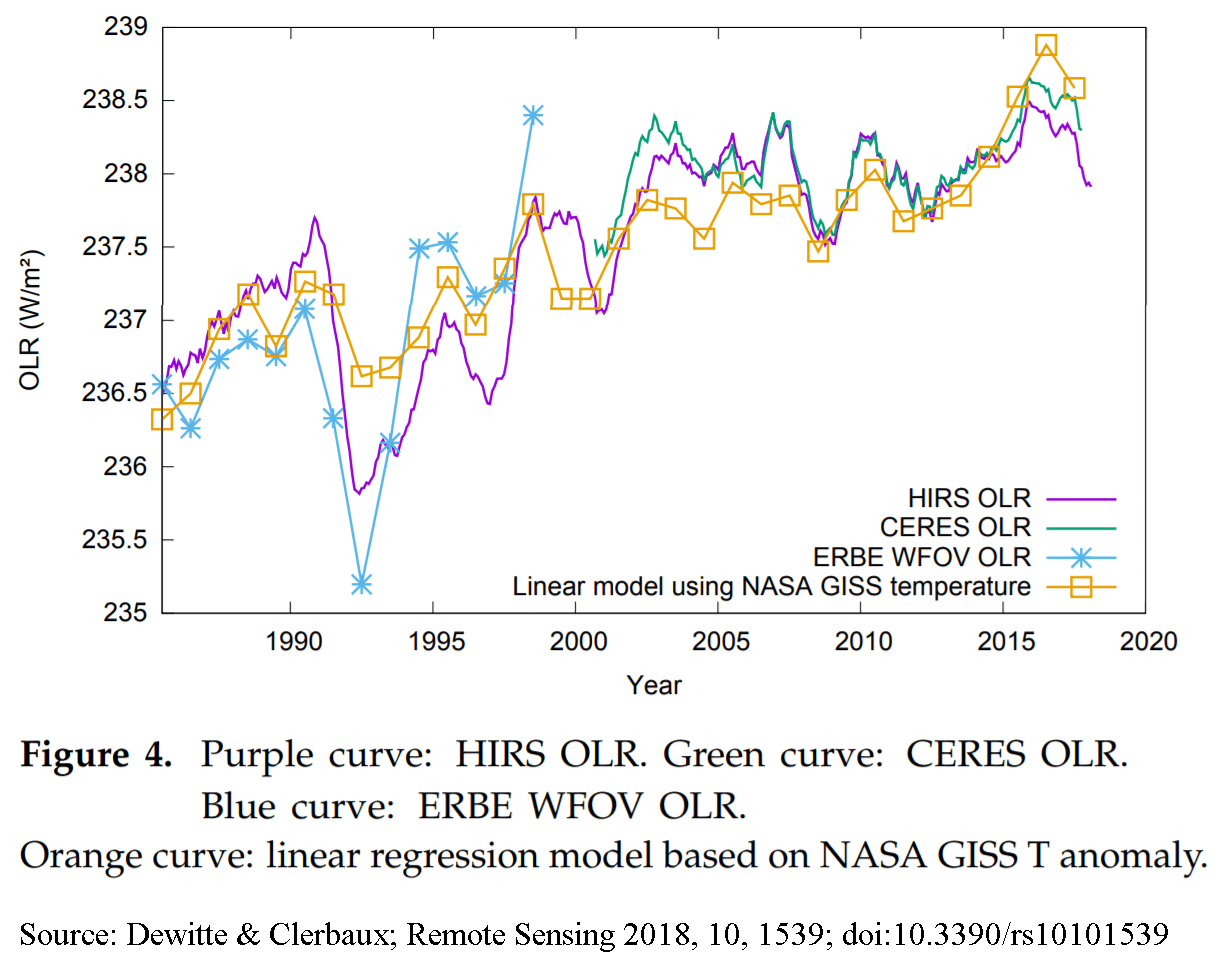 I suppose I haven't actually refuted 'man-made climate change'. I refuted climate warming due to more CO2 in the atmosphere.

Why we love Entropy, and the Second Law of Thermodynamics

This is a comment on Bruce Parker's chapter in 'This Idea Must Die', entitled 'Entropy'. When Bruce Parker says that the Second Law of Thermodynamics "seemed to be an assumption rather than a law", he is being either ignorant or disingenuous. It's a Law because it is always observed.

A Scientific Law is different, in quality, from all 3 others (Theories, Models and Hypotheses) in my subtitle. A Law is a codification of what is observed in the real world. Often expressed as a simple relationship between entities. As such we do not relegate Laws because they are 'not useful', or prevent the development of meta theories such as 'Theory of Everything', or 'Theory of The Universe'. Even a useless law is still a law. If we can formulate an experiment, we may disprove a law by showing a counter example. Such a counter example must be observable and reproducible. If Parker has an experiment which can disprove the 2nd Law, then let him do it. I await his proposal and results; probably until the end of time. It's not the case that experiments can't be devised. More the case that the results of such always confirm the 2nd Law! That's how it became a Law. It was induced from real world observations. How very inconvenient for those with a grudge against reality. Parker's explanation of how the 2nd Law came about is disingenuous. It's wasn't just a finding in Physics. It's universal in Chemistry too. His essay weaves a web of prejudice and innuendo. Is the 2nd Law holding physics back? I don't think so. Scientific Laws ground physics in the real world; a very necessary counter to the speculation which often dominates the formulation of scientific Models and Hypotheses; hence what people believe should be Theories.

So why do we love it? Because it's how the world works. That's the only world we have. It's the one we love.

Dr Roy Clark explains earth's energy fluxes and climate from first principles. He concludes that the fundamental climate consensus model/equations of Manabe & Wetherall, 1968, which are behind the global warming and climate change scares, are both wrong and too simplistic. Clark entirely rejects the idea of a climate in equilibrium, and/or an earth energy balance. This book concentrates on atmospheric effects (warming and cooling) and the greenhouse gas effect. It is not a complete climate book. For example: it doesn't touch on Paleoclimatology, Milankovitch cycles, Little Ice Age, Solar cycles, etc. Clark goes into detail for the climate science he touches on. He uses maths extensively to reach his conclusions but does not give a mathematical approach in the book. Rather a description of what the climate physics implies. So one gets a very readable, comprehensive book; with an outline of a sophisticated alternative to "climate consensus" models. He includes 52 references and 89 diagrams.

In addition to the book, there are two more long articles freely available by Roy Clark